A Dutch teenage girl, with half of her childhood spent living in South Africa, who happens to be the next big thing in dance music.
Sophie Francis started playing piano and singing along to every song.

At the tender age of 14, Sophie began charting her path from a school challenge. Asked to master a skill over nine months, Sophie decided that she’d put her musical acumen to task. She went to class to learn to DJ and she quickly realised there was something much more at her fingertips. She began to obsess about music, mixing, production and the art of it all. She felt the real pull of music and what it can do for people and suddenly this school project became the catalyst of a career. She booked her first residency at a local bar where she perfected her skills and, as she played for more and more people, the artist inside began to emerge. She realised that she could connect with people in a powerful way through music.
She was hooked.

Always Management signed her in 2015 and almost immediately, had her playing at weekend festivals across the globe. The first of those, BCM Mallorca, showcased Sophie on the mainstage for 2 full hours and set a crystal-clear precedent that Sophie was a star.
As 2015 came to a close, Sophie went to South Africa for a tour performing on the mainstage of The Ruins Festival, a club show at The Coco Club in Cape Town, and rounding it all off with an appearance on Expresso a national TV show with 1.5 million viewers.

At early 2016 Sophie sent Freeway Recordings 3 demos and the result was unprecedented. The label worked with Sophie on co-production and turned the 3 demos into final releases. ‘Drop Of A Dime’, ‘Up In This’ and ‘Bad Boy’ came out at the beginning of 2016, and each made #20 on the Beatport PH chart and got the support of Tiësto, Quintino, Ummet Ozcan, Thomas Gold, Tritonal and many others. The tracks were on rotation at NRJ and Tiësto’s Club Life radio show.

Sophie’s 4th single ‘Annihilate’ was a free-download. Fans again surprised everyone by pushing the song to a viral status by logging 2 million plays on Soundcloud.
The summer of 2016 was very successful, playing mainstage for festivals of 35k people in Valencia, playing at best clubs in the world by DJ Mag and gaining fan base after every show. These season gave Sophie a special highlight when she was confirmed to play as the ‘New Discovery’ special guest which included performing at 15 shows at BCM Mallorca; the most important nights brought to prominence by alums such as; Steve Aoki, Oliver Heldens, and Nervo among others. Sophie was joined on stage by Martin Garrix where the pair performed an impromptu B2B set.

The milestones continued in 2016 when Sophie released her first vocal track ‘Walls’, on Powerhouse Music. ‘Walls’ entered the playlists of national Dutch radios (538, SlamFM, 3FM) and received a 94% vote of ‘likes’ from listeners on 538 and broke into the Top 30 on the Dutch Airplay chart. ‘Walls’ was followed by the release of ‘Don’t Stop’, a club track on the Dirty Dutch imprint. The song entered the top15 on Beatport’s Chart, was premiered by David Guetta and supported by many international DJS.

As 2016 progressed, Sophie was feeling the pressure. She was now an in-demand artist getting offers for bookings in the UK, Belgium, France, Germany, US, India, China, Vietnam, Japan and UAE, but balancing the fact that she is still a student attending a gifted high school with very critical exams looming.
A new label came calling and, in late January, Sophie signed a deal with Spinnin’ Records. Her first single, ‘Without You’ was released on Feb 17 with a follow up single is slated for April. Spinnin’ has made it clear that Sophie is a priority for them and news of the signing reverberated through the industry.

It was around this time that Sophie was named to the prestigious “Top 25 Most Influential Artists Under 25” by Spotify NL. She’s joined by fellow artists Martin Garrix and Oliver Heldens among others.

Madis Sillamo, best known to the world as Madison Mars, started off his career with releases like “Theme O”, “Milky Way” and “Ready or Not” on Don Diablo’s Hexagon label. Madison is now easily recognized for his signature sound and immense success with Spotify releases and support by the biggest deejays in the scene.

With close to 200 million streams on Spotify in total, Madison has released his music on top labels around the world including Spinnin Records, Musical Freedom, Hexagon, Sony, Universal Music, Warner Music and remixed such artists as Martin Garrix, Pink, Hardwell, Shaggy, Sting, and Galantis, to name a few.

Madison Mars has been bombing the dancefloors with his original tracks and remixes for years. One of his very first tracks “Milky Way” has over 26 million streams on Spotify and for an instrumental track that is remarkable. With over 10 million streams, his track “Atom” has been a long time favorite for a lot of big deejays, including world’s #1 deejay Martin Garrix who has been supporting Madison’s music for years. Garrix also debuted “Atom” in Tomorrowland music festival before it’s release, and kept the track in his personal playlists for a very long time. Madison has collaborated 2 times with Dutch duo Lucas & Steve. Their collaborations “Stardust” and “Lunar” gained huge deejay support and both tracks have millions of streams on Spotify and caused a lot of damage in the club scene around the world.

Biggest track-listing site 1001tracklist.com has been ranking the best producers for the last 3 years and Madison Mars has been named as #45 best producer in the world in 2017 and #49 in 2018. This ranking reflects the cumulative amount of unique DJ support for tracks played and paints a pretty unique picture of Madison Mars success.

In 2019 Madison Mars launched his very own clothing collection together with Meta Threads from Los Angeles, who has been one of the leading lifestyle brands recently in the United States.

With monthly listeners over 2,5 million on Spotify and shows around the world, be sure to keep your eye and ears on Madison Mars as there is lots of exciting music coming up! Also, check out his weekly radio show House of Mars where he premieres his latest productions and showcases the current sound of electronic dance music. 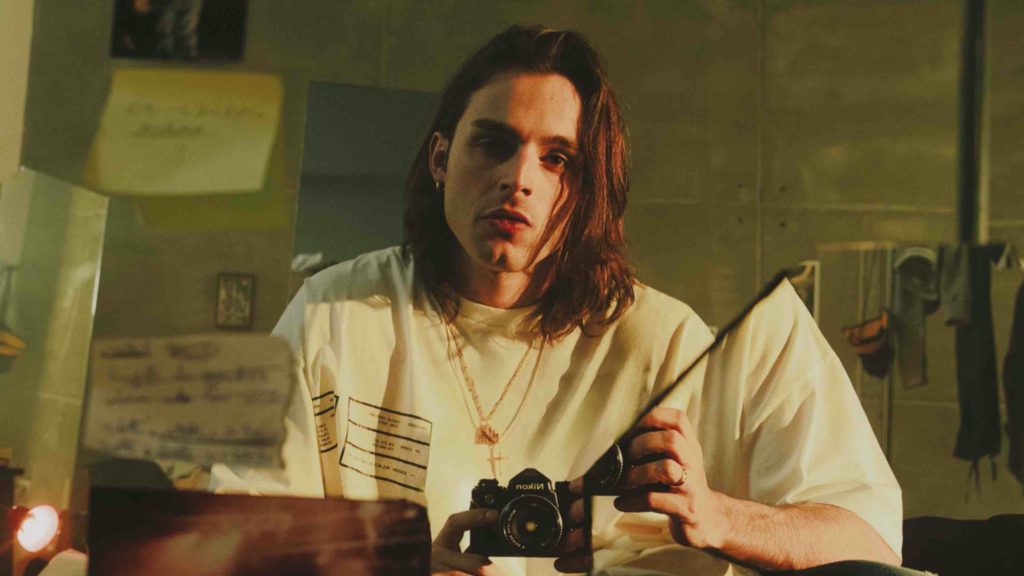